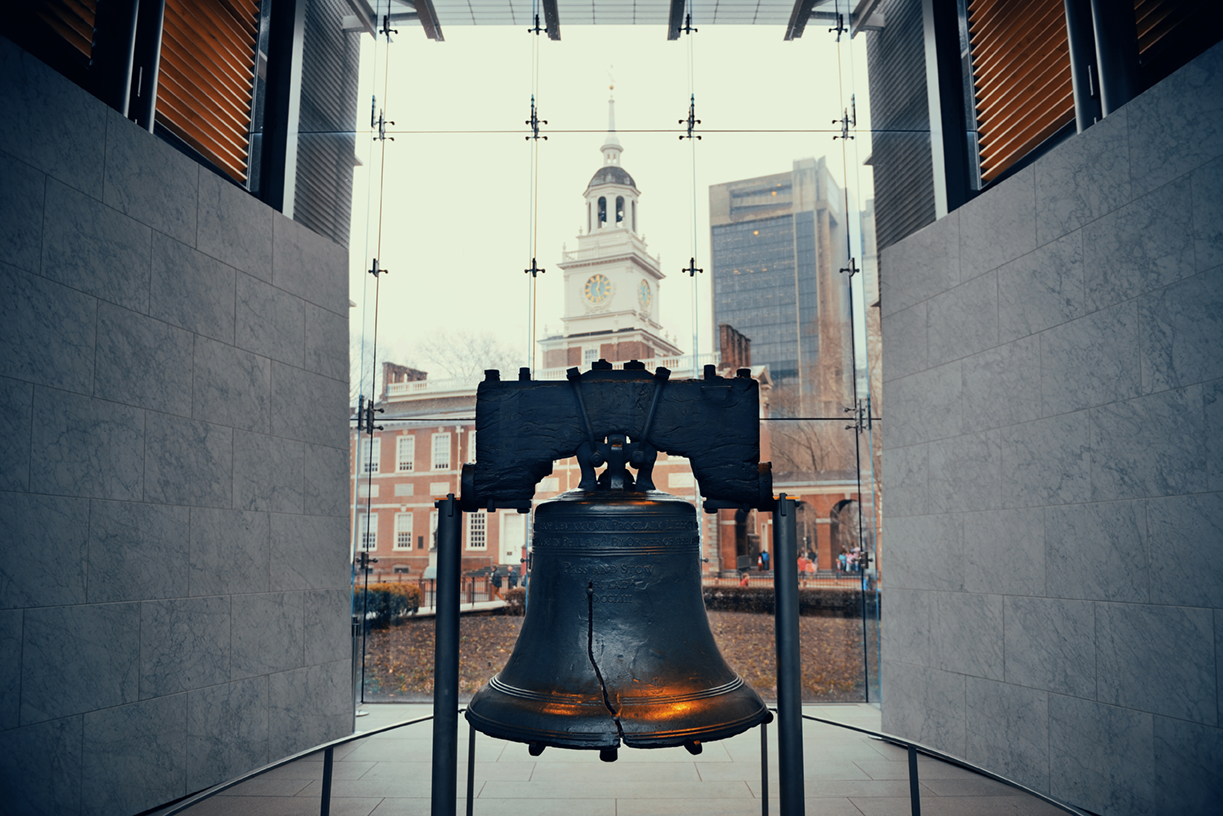 Since the bell was too heavy the first two times it was made, the bell cracked within hours of being rang.  The manufacturers of the bell thought they had fixed the problem.  And they did, for many years, however, the bell did crack.

It is thought that somewhere in the first 50 years of the 1800s the bell cracked.  In fact, a crack is not mentioned in any newspapers or publications until 1846.  When the mayor of Philadelphia wanted the bell rung for George Washington’s birthday, the city made many attempts to repair the crack.  The crack it seemed had been fixed, however, it broke very badly soon after.

In 1975, the Winterthur Museum wanted to find out why the bell kept breaking, and the concluded that from the beginning the bell was doomed.  It was very brittle and was constructed incorrectly.  They blamed the Whitechapel Foundry for these mistakes.

Since the bell was deemed beyond repair, the bell was taken out of service.  The bell went on a national tour in the late 1800s and 1900s.  It stopped in many towns and cities throughout the nation.  In 1915 the bell went on a long trip from Philadelphia to San Francisco.  It is thought that over 25 percent of the United States population was able to see the famous bell.

During the Cold War, the bell was used as another symbol of freedom and liberty.  Many Cold War protests occurred near the Liberty Bell.

In 1976, the bell was taken out of storage and moved near the Independence Hall.  This was because officials felt it was an important symbol that should be celebrated at the bicentennial of the Declaration of Independence.

In 2003, the bell was moved again to its own building, the Liberty Bell Center.  This is located right in the Independence National Historic Park.

While the bell has not been rung in a very long time, it has been tapped on occasion.  In fact, it was tapped a few times during World War II to signify different momentous days.

Interestingly, today, the bell is still tapped by several descendants of those who signed the Declaration of Independence every 4th of July.  These descendants tap the bell 13 times on that day.

Every year, more than 1 million people visit the bell.  If you are in the Philadelphia area, the Liberty Bell Center is definitely worth the visit.  It is located right at Market Street and 6th.  To enter the center, go to the north side.  The entrance is located right near the President’s House Site.

The Center is wheelchair accessible.  The video presentation does have close captioning.  And, park rangers are equipped with hearing assistive devices.

There are many areas near the Liberty Bell Center to explore after you are done looking at the Liberty Bell.  Be sure to spend some time at the President’s House Site and Independence Hall.